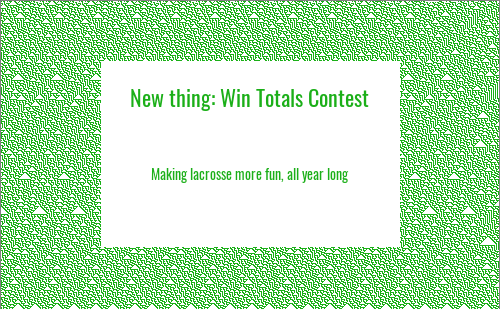 UPDATE: the contest is officially open. Sign up and either create a group to play with friends or just fill out an entry and play against everyone.

Does LacrosseReference.com make it more fun for you to follow college lacrosse? This is not an idle question. If not to make it more fun the follow the sport, than what is the purpose of this website?

If there is something that I could do with LacrosseReference.com to make it better, I’d love to hear from you.

Last spring, over 700 of you signed up to participate in the May Madness Bracket Challenge. It’s safe to say that for a segment of the lacrosse community, competition and prognostication is a more reliable route to fun than better statistics. And that is fine. All the data I’ve collected and created can be put to more than one purpose after all.

I was also in the process of running my baseline season simulations to establish every team’s initial NCAA probabilities. This is a process that conveniently throws off an average projected win total for every team.

The synapses responsible for connecting unrelated concepts did their thing and bam: new idea. What if we used those expected win totals to seed a win totals challenge?

People could pick over or under for every team and then all season, they’d have a little more fun by following their picks and seeing how their entry rates against everyone else.

The Bracket Challenge was short and sweet. Pick 17 or 28 outcomes and keep track of your success rate over 3 weekends. This would be a slower burn. Pick your overs or unders and then keep an eye on how you are doing right up until it’s time for the Bracket Challenge again. The upside here is that you set your picks once, as opposed to needing to come back every day or week and make more picks.

The future is futures

My general rule is that if someone else expresses interest in something, it’s worth doing. I sent out a quick tweet and just like that, I had proof of interest. So I built it. I really wish I could come up with these initiatives with a bit more lead time, but that is a personal failing. Regardless, the win totals contest has been brought into existence by a week of moderately intense hacking.

And today is the day. The contest has been opened up, so you can make your picks now.

The concept is pretty simple. I put out a win total for every team. You pick whether they are going to win more or fewer games. NCAA games aren’t going to count, so you are judging a team’s prospects through the end of their conference tournament.

If I’ve done my job well, each line should make you think. Here’s Rutgers for example. Think they’ll get to 11 wins heading into the NCAA tournament. Then you are picking the over. Rutgers is a good example because, from looking at this schedule, they will likely have at least 11 games where they are favored to win. Of course, if your win probability in 10 games is 80% each time, you’d expect to win 8. So it’s about balancing the strength of a team with the knowledge that upsets happen. 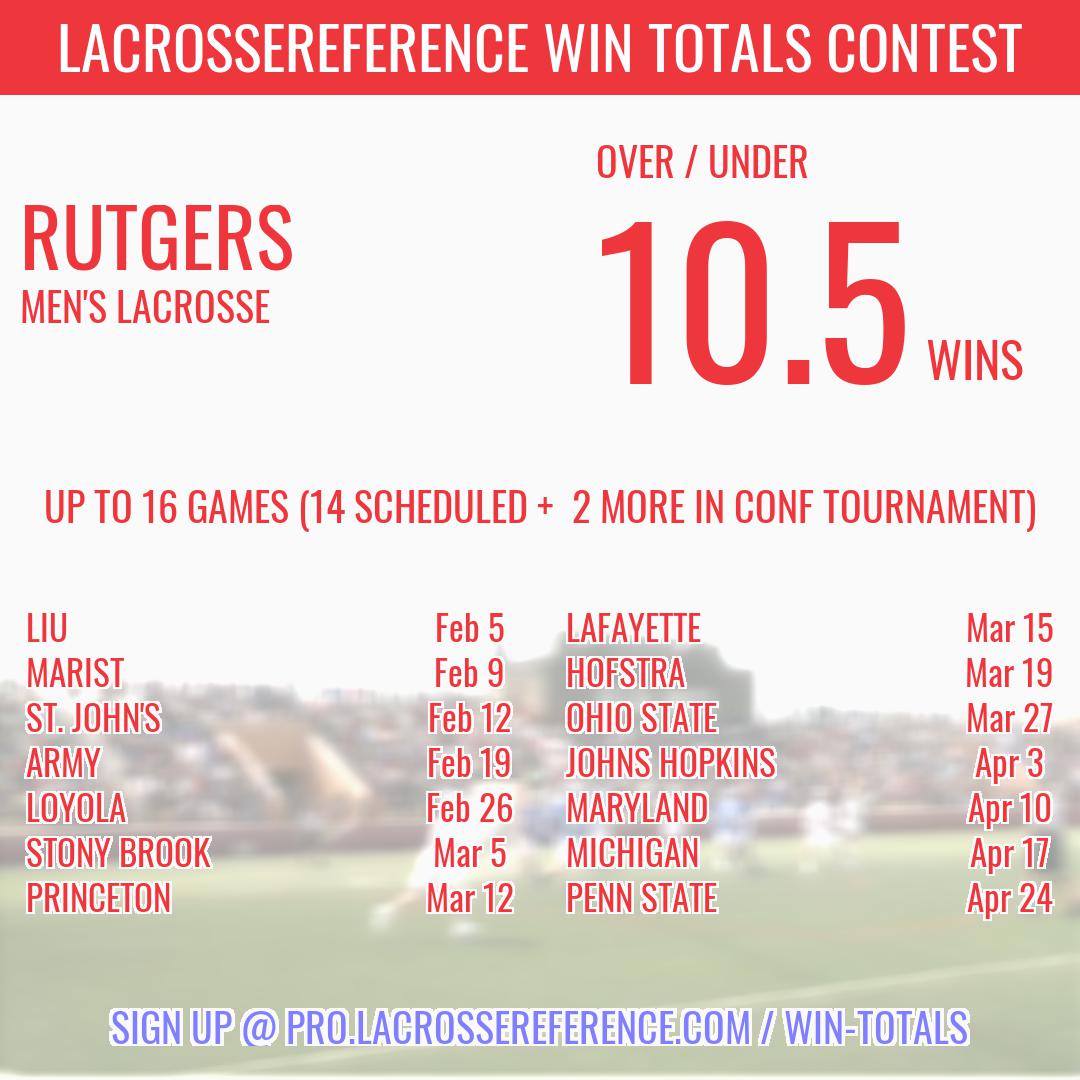 Frankly, if you just picked every other team go over and every other team to go under, I suspect you’d have a decent entry. Hard to predict which teams will be better or worse than last season, and the lines are set using the same model that I use to calculate win probabilities. It’s a pretty well calibrated model, so there shouldn’t be too many obvious over/under choices.

The official scoring will be based on total correct picks. Every line is going to have a half-win, so every pick will be right or wrong. No ties.

Users will also be able to see standings based on the percentage of their picks that are correct. As long as you pick 20 teams, you will qualify to appear on this alternative leaderboard.

If you want to just stick to one versus the other, that’s totally fine. If you want to pick lines in both leagues, you’ll qualify for the composite rankings too.

I would certainly recommend that everyone pick as many teams as you can. Even if you don’t know much about the teams, the contest tools will provide summary statistics and as well as each team’s schedule as a guide. And the more teams you pick, the more teams you’ll have a stake in following and, in theory, the more fun will happen.

I’m generally one that believes that we don’t need to actively “grow the game.” Lacrosse is an awesome sport and as it grows, the largest barriers, namely cost, go down through simple economies-of-scale. And as fewer kids play football, inevitable in my opinion, lacrosse will be sitting there ready to pull them in.

Of course, efforts to grow the game can’t hurt and will likely accelerate the process. The problem is that most efforts are indirectly focused on the problem. Sure, improved broadcast quality helps, but it requires someone to have the game on. Sending sticks to non-hotbed areas helps, but you need the spark to have been lit previously.

Here’s a grow-the-game tactic. Invite a friend who is a non-lacrosse fan to your Win Totals Contest group. Give them a vested interest in the outcome of the season. Think they’ll be more likely to watch a game if the result is critical to their place in the standings? You better believe it.

How can I be so confident? Well May Madness has a slightly older sibling named March Madness. Do you know how many non-basketball-fans watch basketball games during the tournament? Me neither, but safe to assume it is a large number. Now basketball isn’t picking up a ton of new fans from this because there aren’t many people who haven’t been exposed to the sport. It’s why you never hear anyone in basketball talking about growing the game. Lacrosse is different.

Invite someone who has never seen a lacrosse game and it’s possible you’ll have created a genuine new fan. Just look at Drew Brees with his stick in the SNF booth.

Regardless of whether you want to see the game grow or if you just want another way to envelop yourself in lacrosse this spring, I can’t think of a more important thing you could do right this second than login, create your Win Totals Group and then invite your entire address book to join you.